All About Universe Sandbox the best application

Universe Sandbox is an interactive space and gravity simulator video game and educational software. users can see the effects of gravity on objects in the universe and run scale simulations of our Solar System. while at the same time interacting and maintaining control over gravity, time, and other objects in the universe. The original was only available for Windows-based PCs, but an updated version, Universe Sandbox 2, was released for Windows, macOS, and Linux in 2017.

Many simulations are included with Universe Sandbox… 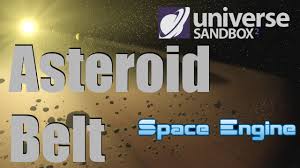 Step 4: Follow the simple steps in the Setup Wizard to complete the installation.

why is c language important? to know click here.

(Last Updated On: April 30, 2019)Hello guys!!! Today we talk about the most important problem of today’s generation smartphones battery life. Nowadays smartphone has become necessary for surviving in the world because today we can do anything by using a smartphone. But the only problem we face while using a mobile is the battery life of smartphone….

(Last Updated On: February 9, 2019)Hello guys!!! Do u know guys why every smartphone shop in India have so many  Oppo and Vivo banner in stores? Do u know the reason highest selling Oppo Vivo phone Indian Market? Today I m here to tell you the secret strategy of Oppo and Vivo companies… first of all,…

(Last Updated On: March 2, 2019)Hi everyone, Today I am going to discuss how to apply for Amazon affiliate marketing You all may know that Amazon is one of the top E-commerce websites with almost thousands of product also they offer almost 10% to 4% commission for all marketers. You may glad to grasp that there…

(Last Updated On: September 28, 2019)Google Assistant is the future of today’s generation with high tech artificial intelligence.  There are so many companies working on artificial intelligence but Google is one step ahead with google assistant. There are so many features which people’s don’t know about it. today I am here to tell you about 5 best…